I am going to preface this article with "what happens in Abu Dhabi stays in Abu Dhabi". With that said, you can use your imagination as to how a bunch of 20 something pro BJJ fighters would celebrate after training for months and given the keys to the castle. At one point after the competition, Xande and Rodolfo were in the lobby trying to Berimbolo each other and Megaton was the ref. They were chanting "Rodolfo Miayo", playing off the success of the Miayo Brothers and their upside down Berimbolo game which we are all a fan of watching.

I am going to share with you my own experiences as both a competitor and a fan of Brazilian Jiu-Jitsu. I won the Canadian trials as a brown belt to secure my ticket to the big show. It was an honor just to be there and even cooler that my roommate for 10 days was Wellington "Megaton" Diaz. No one knows Megaton's age but I think it is safe to say he is between 45-55. We may never know his age but what we do know is that he is the most consistent BJJ fighter of all time and is the only one to compete in every world championship. What was even more inspiring was he is out there doing it with 20 year old's in the adult division. I was honored to spend this time with him, and many nights we stayed up till early in the morning just talking about life, BJJ, business, and family. I didn't have any teammates over there but I really hit it off with the team Llyod Irvin guys and between Megaton and these guys they became my surrogate family during my stay.

The flight to Abu Dhabi was tough, 12 hours with no way of getting comfortable. My body was so tired but sleeping longer than 30 seconds at a time was impossible. On the plane we immediately had our first taste of the food we would be experiencing for 10 days. I am not going to elaborate but let's just say I lost 7 lbs in 4 days. I had a very hard time adjusting to the time change and the food. Eventually I was able to settle into life in the UAE. I now understand why they fly us out so early. It takes days to get acclimated to everything. 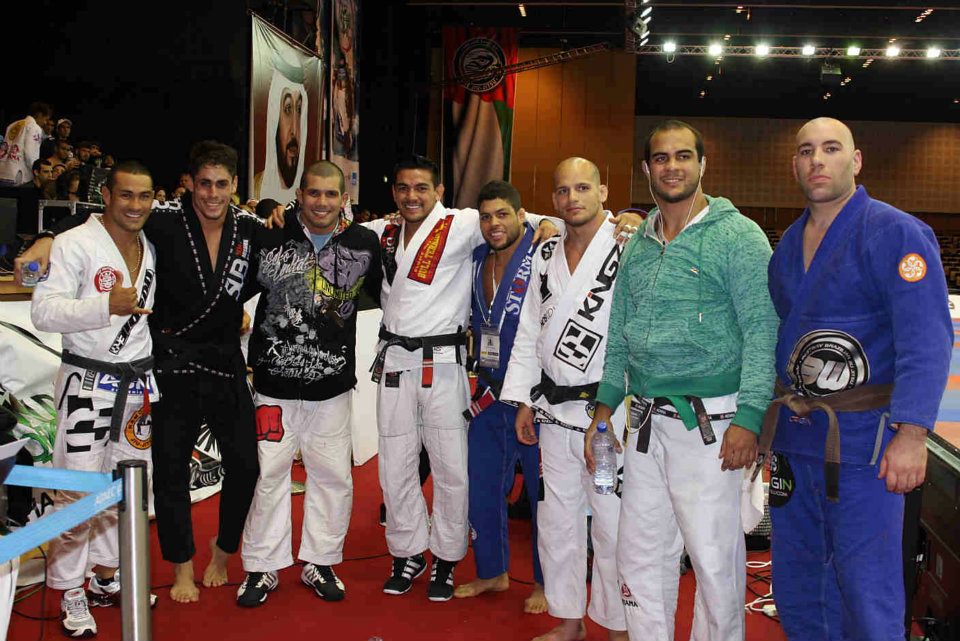 We stayed in the Armed Forces Officer's Club. This compound had everything from a shooting range to a bowling alley. The interior of the facility was lined in marble and meticulously cleaned. Often times I felt like there was someone with a swifter sweeping behind me as I walked. You would be lucky to find a gum wrapper on the streets, they take great pride in their cleanliness and outward appearance. Our days consisted of eating, training and sleeping. At one point I didn't know if it was day or night, the days merged together in this constant cycle. Training was a free for all. Train with anyone and everyone. It did not matter your team or affiliation, when you got on the mats it was all about getting better and getting ready. I found myself watching more than training. So much talent packed into one room I didn't want to miss anything. I remember having done some drilling with Xande Ribeiro. That night we stayed up talking till midnight and then I had to fight him two days later. The environment was friendly, no egos. If you were there, you were tough and no one had anything to prove. In the air was a mixture of English and Portuguese, lots of laughing and socializing. 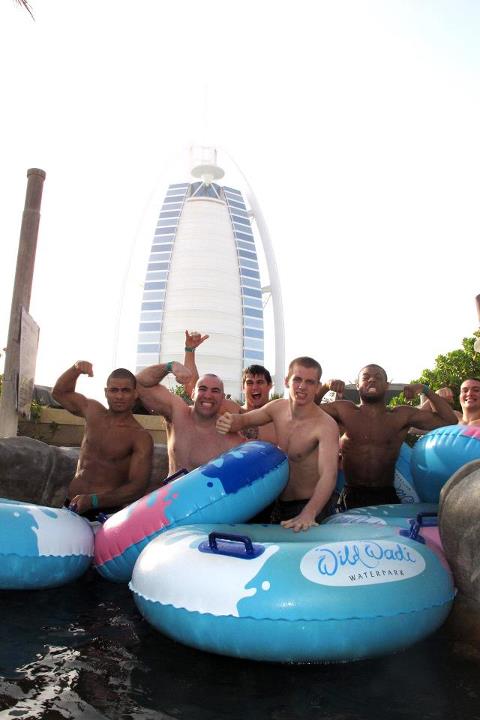 The tournament itself was probably one of the worst run tournaments I've been to. We waited hours to compete. It is hard to stay motivated when you have been sitting around for 12 hours and don't end up competing till one in the morning. The tournament was broadcast on national television so there was no lack of cameras and hype building but the environment to me was very manufactured. In the stands were "cheer teams". I believe these groups of people were paid to sit there for the day and cheer so that over the television it looked like the stands were packed. The venue itself was amazing though, comfortable seating, nice mats, etc...

I got lucky and made it to the final eight in the open division. Don't ask how but it happened. I fought Antonio Farias (?) to close out my bracket and had a good showing winning 10-0 I believe. In the quarter finals of the open division I fought Xande Ribeiro. We had a great fight, he came out on top. Hopefully the fight video surfaces sometime, if anyone has it, please let me know! There were lots of high level talent but what I came away with is that anyone is beatable. The person working the hardest will be the hardest to beat. Mental strength is as important as physical strength at this level and the margin of error is so small. If you make one mistake it could be a game ending one. On the other hand, if you play the perfect game you might just upset a really good opponent.

We had a couple days after the tournament to enjoy the UAE and a few of us (myself, JT, Keenan, Nick, Alessandro and Spriggs) rented a van and headed to Dubai to a water park. Megaton did not join us on this outing, although I wish he had because he is one funny dude. This was the best day of the trip for me, running around the park like a bunch of kids hitting every ride we could until complete exhaustion and then stuffing our faces with burgers, fries, ice cream and extra large soft drinks. It was funny seeing some of the best BJJ players in the world yelling like little girls as we headed down the water slide and entered the tunnel which turned from day to night. When it comes right down to it, we are all just a bunch of guys with different backgrounds joined by this universal language we call Jiu-Jitsu. At the end of the day, we are on this earth for a short time and it's experiences like these that I will treasure and look back on.

Over the course of the 10 days I filmed a bunch of quick videos that I posted on my personal facebook page to keep my friends and family in the loop. I have shared a few of these below so you can see the environment in which this took place and what our days consisted of. You can tell in my voice how exhausted I was the first 4-5 days. You can also see how big the compound we were staying in is. Hope you enjoy them.

In closing, I want to thank God for this experience. I don't train full time, I have two young children and two companies which monopolize my time so the fact that my wife even let me go was pretty amazing in itself, thanks babe! My buddy Jeremy also held down the Origin warehouse which was an extremely big help. There are also three people who have helped me I want to thank. First one is my good friend Aaron Blake who guided me from Blue to Brown belt. Second is my friend Alexey Cruz who has been a constant figure throughout the years and inspiration to me. And finally my coach, mentor and friend, Andre Almeida who shared his secrets and showed me my potential in the competitive realm. Anything is possible but you need to surround yourself with like minded people who compliment you, lift you up and support your goals. Most importantly, have fun and enjoy your time on the mat. I'm 33 and my BJJ career is just starting, don't ever believe youth defines your potential, it does not. You may need to work a bit harder and rest a bit longer but your mind is the strongest asset you have. This is the biggest lesson I learned in the days I spent with Megaton and watching him train and compete. Live life with no excuses. Excuses are weak and sometimes they creep into our heads and manifest themselves. If you want something...go get it!