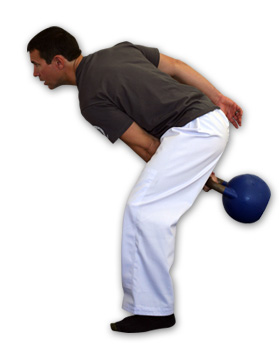 Furthermore, a strength and conditioning programme that was implicitly designed to facilitate skill learning would help to eradicate the disparity between the mainstream concepts of ‘fitness’ and skill. We would begin to see training methods that develop organically to suit the current needs of athletes.

What Is the Goal of Strength and Conditioning?

I think that the strength and conditioning programme should be developed with one primary goal in mind – to improve your abilities as an athlete/fighter. It’s clear that skill practice makes you a better jiu-jitsu player over and above strength and conditioning. So, it makes sense to base your programming around the goal of maximising your ability to practice jiu-jitsu more effectively. This seems like a fairly complicated way of saying:

“Use strength and conditioning to allow you to train harder”

For me, strength and conditioning is about putting an athlete in the best position to maximise their skill training. So a good strength and conditioning programme is really just the starting point to achieving great success. Rather than just focusing on some arbitrary activity – “I lift weights to get stronger” – it’s important to consider the outcome of all of the individual elements of the programming.

Are you training to get better at strength and conditioning or Jiu-Jitsu?

While we might accept that developing a strength and conditioning programme around these concepts is valuable, catering for this is not an easy task. One size certainly doesn’t fit all in this example.

For the purposes of this article I am going to focus on what I believe to be two of the most important physical attributes for skill learning – multi planar movement and range of motion (ROM).

When developing our programme it is important to consider the desired outcome – we need to match the programme to the sport. Rather than speaking in simple terms such as “strength”, “speed” and “endurance” I’d like you to consider the way you move during Jiu-Jitsu. While it is difficult to quantify all of the techniques, we should probably all agree that Jiu-Jitsu is an activity in which you are required to move in all directions. In biomechanics we call this multi-planar – or moving the body through multiple planes of motion. These are loosely classified as Sagittal (forwards and backwards), Frontal (sideways) and Transverse (rotational). Sprinters, as another example, operate almost exclusively in the Sagittal Plane.

So, it follows, that we need a strength and conditioning programme that develops your ability to move effectively in multiple planes. The issue with many resistance exercises is that they work in the sagittal plane but not in the frontal or transverse plane. So perhaps basing your routine on the bench press, squat and deadlift isn’t necessarily the best thing for you. Develop proficiency at moving sideways and rotating and you can expect to see and improvement in skills that require this movement.

Range of motion is a term used to describe the movement produced by any given joint, or collection of joints. For the purposes of sporting performance (in most cases) we need to encourage a full range of motion for all of our exercises. Why? Because the ability to move effectively through a full range of motion has great parallels in athletic movement. You can think about this as the ability to move into or out of positions, escape submissions, apply force from a variety of angles or apply more force generally. We can all think of someone with reduced range of motion – they normally slouch and struggle to move with any agility.

The ability to move freely translates easily into skill learning. An athlete who is primed for this will always excel.

What Does This Mean For My Strength & Conditioning?

Look closely at your technical ability/skill and ask yourself the following questions:

Once you have an appreciation for your own skill level, you can start to look at building a strength and conditioning programme to support this. Try to develop the programme to attain proficiency in certain movement patterns/planes. If there are skills that you struggle with, examine whether you have physical deficiencies that can be eradicated to assist in this process.

Working out where your areas of skill excellence are is also vital. It will help to govern your fight strategy and preparation.

I’d like to finish by saying that it’s always important to look at training from different angles – especially strength and conditioning. By bucking the trend of following mainstream trends you may just propel yourself to a higher level of performance.

Matthew Palfrey is a Strength and Conditioning Coach based in the UK, where he works with athletes, clubs and teams to maximise performance. He can be contacted via the MMA Strength & Conditioning Blog (http://mmastrengthconditioning.blogspot.com/)