Is BJJ a Martial Art?

Is BJJ a Martial Art?

It seems like a silly question at first. BJJ is a fighting system, and other martial arts are fighting systems. BJJ can trace its roots to Japan where many of these ‘traditional martial arts’ come from. So why wouldn’t Brazilian Jiu-Jitsu be considered a martial art? 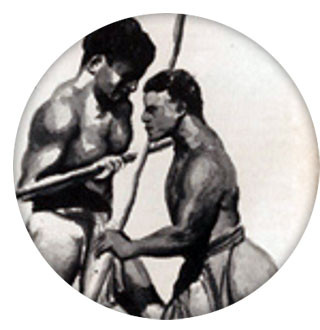 But there is something different about BJJ. That’s why we have the term ‘traditional martial arts’ in the first place. It separates BJJ from other arts.

So in order to answer the question, “Is BJJ a Martial Art?”, the first thing we need to do is define ‘martial art’. That seems simple enough, a quick trip to a couple of online dictionaries and we should be ready to go. But it turns out that it’s not that easy.

I started at Dictionary.com and found this definition of martial arts, any of the traditional forms of Oriental self-defense or combat that utilize physical skill and coordination without weapons, as karate, aikido, judo, or kung fu, often practiced as sport.

So if Brazilian Jiu-Jitsu is Brazilian, and not Oriental, then by definition it is not a martial art. That seems like such an arbitrary distinction. Let’s look at some more definitions before we draw any conclusions.

Merriam-Webster - Any of several arts of combat and self defense (as karate and judo) that are widely practiced as sport.

Oxford -  Various sports or skills, mainly of Japanese origin, that originated as forms of self-defense or attack, such as judo, karate, and kendo.

American Heritage - Any of several Asian arts of combat or self-defense, such as aikido, karate, judo, or tae kwon do, usually practiced as sport. Often used in the plural.

Cambridge - A sport that is a traditional Japanese or Chinese form of fighting or defending yourself.

Encarta - A system of combat and self-defense, e.g. judo or karate, developed especially in Japan and Korea and now usually practiced as a sport.

So, with the exception of Merriam-Webster, everyone defines martial arts as having Oriental or Asian heritage. Oxford even says martial arts are ‘mainly of Japanese origin’.

So according to the dictionary, whether or not BJJ is a martial art depends on how you view its history. Since the origins are in Japan but it was developed into its own distinct system in Brazil by the Gracie family, you could argue either way.

So we could leave it at that, but the definitions for martial arts just don’t seem very good to me. Martial is an English term, and it is used in other contexts besides just martial arts. I think before we let the question go we should dig a little deeper into the history of the word itself and see if we can gain a better understanding of the term.

The study of the history of words is called etymology. There is a great free online etymology tool at Etymonline.com. If we search martial arts there we get a couple of different leads to follow up.

So the term martial was being used as early as the 14th century and comes from the Latin martialis, meaning of Mars or war. Mars was the Roman god of war. According to this definition if something was a martial art, it would literally be an “war art”.

Etymonline.com also gives us a history of the term ‘martial arts’.

We can see that martial arts is a much new term, first being used in 1933 as an english translation of the Japanese term bujutsu.

So let’s take a look at the definition for bujutsu. According to Wikipedia, bujutsu is a compound word made up of bu, meaning war or martial, and jutsu, meaning science, craft or art. So martial arts is a word that comes from the Japanese bujutsu, which means literally “war craft” or “war art”.

As a side note, Budo is a similar and very closely related word. It is a compound of bu, meaning war or martial, and do meaning way or path. The Wikipedia article on Budo is quite interesting and definitely worth your time.

So now we know that the term martial arts, was a translation from the Japanese term jujutsu, and literally means war arts. It does not necessarily mean that the art came from Japan or China, or anywhere else in Asia. As a matter of fact, there is a long tradition of western martial arts.

In the 1400s there was an explosion of books published documenting western martial arts such as fighting with the sword and shield, two handed sword fighting, fighting with the halbred, and jousting. Long before that the Greeks and the Romans were teaching their own martial arts. There are African martial arts including stick fighting, and Native American arts similar to wrestling. People have been fighting since the dawn of time, and every culture on earth has a tradition of martial arts.

So is BJJ a martial art? It doesn’t  fit either the literal definition of being a war art, nor the traditional usage of a martial art from the east. In the end I believe Brazilian Jiu-Jitsu is more properly classified as a combat sport, like boxing, wrestling, kickboxing, or MMA.

What do you think?