Hank was sitting in his office a few minutes before class was scheduled to start. He really didn’t feel much like teaching tonight and was trying to put a positive spin on things in his own mind before he went out on the mat. His school was almost a year old and things weren’t going so well. 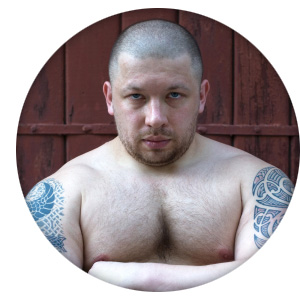 The academy was the realization of a dream that had started back when he first got serious about Jiu-Jitsu. The idea of being able to train full time and have his life revolve around what he loved to do, train Brazilian Jiu-Jitsu, fueled him through years of work and sacrifice.

So when he felt the time was finally right, he took out an equity loan on his home, quit his day job, and leased the space for an academy. It was a big risk, sinking everything he had (and some that he didn’t) into the school, but his wife was supportive, he had training partners that said they would help out, and he had a few students ready and waiting to start. It was now or never.

After a month of construction, getting the walls built, the ceiling and lights installed, painting, getting the sign put up, the mats put down, and the office set up, the school was finally ready to open. There were some cost overruns but luckily he had enough money to cover them and still had enough in the bank for a little newspaper advertising and 3 months of meager paychecks.

Things started out pretty well, he had 10 students signed up within a week and class was every bit as fun and exciting as he had imagined it would be. The students were eager to learn and the school looked fantastic. After a few weeks though, some of those eager students weren’t making it to class as often as they had been, and new students weren’t beating down the door.

Hank invested the money he had left in a website and online advertising and was able to start bringing in a few more students. Slowly, word got around about the school and the classes started filling up. After he was open for 6 months Hank’s school usually had 12 or 15 students in every class and he as able to pay all of his expenses and even bring home a modest paycheck. Things were going great and it looked like his gamble was going to pay off. Then he met Sam.

Sam came to the school one morning looking for some Brazilian Jiu-Jitsu instruction to help supplement what he was learning at the MMA academy in the next town over. Hank knew the owner of the MMA academy and didn’t have a lot of respect for how he ran things. The school was known for questionable technique and sleazy business practices. Sam seemed like he was sincere about learning, and had studied a lot on his own already. He was a bit aggressive and imagined himself as the next George St. Pierre, but Hank really wanted to grow his school. Sam also paid cash in advance, an important consideration for a new school owner. Hank also took some pride in the fact that Sam had come from another school looking for better instruction for his ground game.

The trouble started almost immediately. Hank would be teaching a technique and Sam would either question it or provide a running commentary about how it might work better done a different way, or how he had seen so and so teach it differently at a seminar. Hank, who tried to keep everything positive and respectful, explained that yes, there were many many ways of doing various techniques. He was teaching what he had learned from his instructors, and what had worked for him over the years as he developed his own style.

The problem wasn’t that Sam was always wrong, in fact he had studied a lot, and traveled to a lot of seminars. His jiu-jitsu was actually pretty good for his level. But his added commentary confused the newer students who were already struggling to learn just the basic concepts. And it undermined the trust and confidence that hey had placed in their teacher.

Another problem was that Sam rolled really hard and took things too far. He rolled like he was in a UFC championship match every single time, never tapping no matter what, and throwing on submissions at 110% no matter who he was training with.

One time he ended up breaking another student’s elbow when he rolled into a belly down arm bar at full speed and didn’t give them time to tap. Hank took Sam aside afterwards and tried to explain the problems that he was causing. Sam said he understood and even toned it down for a few weeks but soon he was back to his old tricks, and a month later he had hurt another student.

That was the final straw for Hank and he asked Sam to leave the school. But a lot of damage had already been done. Attendance had been dropping for a while because nobody wanted to roll with Sam and the atmosphere at class had become a lot less fun. On top of that Sam took a couple of the students who he had befriended with him back to the MMA academy.

So tonight, on what was usually a pretty full night, there were only 6 students warming up. The rent was paid for the month but there wasn’t going to be a paycheck this week and Hank’s wife wasn’t going to be very happy about that. And it was going to take a lot of work and some time before he could build the student base back up.

Every school has had to deal with a Sam at some point. How should you handle this situation as a student or an instructor? Let us know your thoughts in the comments section.